Egyptian mythology  is composed of   stories  and characters that were part of the   religion of ancient Egypt, the first civilization known on earth. Much of the folklore involves stories of mortals meeting the major   gods  of their religion, or stories of how the gods came to create different parts of the natural world by magic.

When many people consider ancient Egypt today, they often think of   King Tutankhamun - King Tutan - and mummies. Kings like   Tut were honored and revered during their lives  and after their death. The inhabitants of pre-dynastic Egypt, before 3100 BC, considered their kings to be gods. Later, the Egyptians considered kings as intermediaries between themselves and the gods. It was believed that most Egyptian gods sometimes walked among the people, and that they even had problems and worries just like them.

The Egyptian gods represented by beasts

Many of their gods were partly beasts, such as   Anubis, who was often   depicted with the head of a jackal.  Another major god,   Horus,   was represented with the head of a falcon. Similarly, the Great Sphinx that the Egyptians built at Giza consists of the body of a lion with a human head.

These Egyptian gods and many of the more than 2,000 known Egyptian gods have been the subject of much writing in literature, poetry and scholarly works over the years.

The mummification of the dead, the sacred river of the Nile and the lotus flower

They mummified the dead to prevent them from decomposing, so that souls could recognize their bodies after the funeral and move on to the next life.

Many people are interested in  Egyptian mythology  today. Almost all the elements of Egyptian mythology that are well known today have their origins over a period of 3000 years; this highly religious part of the ancient history of Egypt began in what is called early   dynastic Egypt, around 3100 BC.

It is at this time that the great pyramids were built, with the major symbols of their religion painted inside and engraved in the walls. 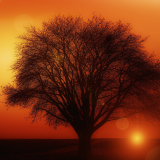 Pyramids of Giza: Everything You Need to Know !

How hieroglyphics were deciphered

Rings that are thinner and more flush to the thumb are the best. The joint is the widest part, so it must be taken into account when measuring. Once you get the ring on the joint, it'll be safe.

If you look at your hand, you will see and feel that the index finger tends to have more flesh at its base. This means that any ring you order will fit quite well. We often suggest that you increase the size of your ring by +1, which will allow you to fold your finger.

Beware of finger joints, especially if the finger is narrow at the base. When choosing rings for these fingers, remember that if it slides comfortably on the joint, it will be much too large for the base and will more than likely swing around the finger.

These fingers need extra attention because people tend to lose their rings all the time - especially when their hands are cold or wet, or when they enter and exit their pockets. The rule is to wear it as tight as possible while being able to bend your finger - if it is too tight, it is better to loosen it than to lose it.

The opposite happens when it is hot outside. Your body tries to cool itself by dissipating heat through your skin, in a process we all know too well: sweating. As the outside temperature increases, your blood vessels dilate, so your blood flow increases and excess heat in your body can be released into the environment through your skin. This is called vasodilation. This dilation causes your fingers and toes to expand, so if you wear a ring, it will suddenly become much tighter.